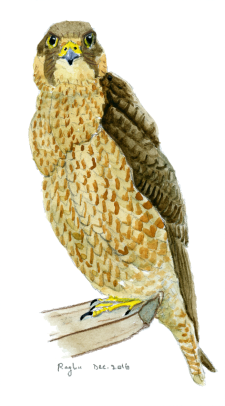 As in 2015, I’ll write a quick post about my favorite books and movies that I read or watched in 2016. Like last year, there’s (almost) nothing in this list relevant to the blog’s usual themes of science and academia — I’ve got two posts on grant writing and teaching half-written, though, so we’ll be back to regular programming fairly soon!

Of 28 novels, my three favorites are:

… that the second book I read by an author is often very disappointing compared to the first. There are many reasons why this might be. First: it could be that the books are pretty similar, and what seemed refreshingly unique the first time seems stale the second. This year’s example: Sputnik Sweetheart by Murakami. Second: regression to the mean, in which one might have randomly picked an unusually good book of an author’s in the first selection, and a more representative one later. This year’s example: I randomly picked, because it had a nice cover, The Islanders by Pascal Garnier, a short, great, and stunningly dark novel, which I followed with two others which were similar, but which failed to match the first. (Of course, this may also be an instance of category 1; these aren’t mutually exclusive.) Third: the author writes a great first novel and can’t even come close with the second. This year’s example: Ancillary Justice, by Ann Leckie (2013), an unusually good sci-fi novel, with it’s truly awful sequel Ancillary Sword which, remarkably, I couldn’t even bring myself to finish.

I read less (non-work-related) non-fiction this year than last (6 books), of which the best was

Notable, though not great, was:

Of nine read this year, none are worth mentioning.

I continue not to note down books books read with the kids, and so have trouble remembering anything! To have a better understanding of my older son’s fondness for a gigantic series of books on warrior cats, I read Crookedstar’s Promise; it hasn’t stopped me from making fun of it.

Two favorites of the year (both via Netflix) were Bridge of Spies and Captain Phillips, both of which star Tom Hanks, and so this fits into this post’s theme of repetitions (except that both were good). Also of note, Rams, the best movie about sibling Icelandic sheep farmers that I’ve ever seen, and Kahaani, a fun Indian thriller.

In theaters, it was fun to see how much my older son (11) liked the Ramanujan biopic The Man Who Knew Infinity and my younger one (7) liked The Eagle Huntress, both of which were very good, though too formulaic in structure to be great. But, if you’re young, you haven’t gotten tired of the forumulas yet. Unlike us adults, who complain that the same author can’t consistently churn out novel books…

(Addendum: Jan. 1, 2017) Having just seen Rogue One, I think that if I’d seen it yesterday, I would have added it and Arrival to this best-of post, and been amazed that I’ve seen two really excellent science fiction movies this year.

…a peregrine falcon, which I drew from a page in The Laws Guide to Drawing Birds.