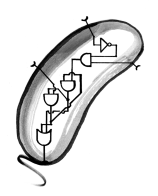 Our Provost at the University of Oregon has stepped down, and there’s a call for nominations for a new one. The search will be internal, i.e. the next provost will be a UO faculty member.

Bill Harbaugh — economics professor, president of the University Senate, and muckracking journalist — tossed his hat into the ring as “The Half-Price Provost,” noting among other things that he’ll do the job for just $250,000, about half the present provost’s salary, and that since he owns a “paid-off ’87 GMC Caballero” (a hideous car/truck chimera), he doesn’t need the $12,000/year car stipend that comes with the job. There are real points as well; Bill is serious about his candidacy. I think he’d be good for UO. His odds of success are pretty close to zero, though.

It occurred to me that I could be provost, and that my candidacy offers some advantages compared to Bill’s: 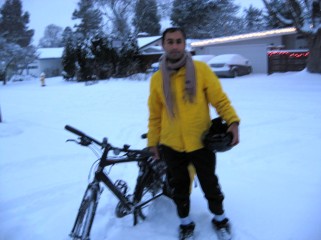 (My wife points out that I should get the bicycle analogue of the El Camino: a long cargo bike. I promise to do so, and I can even get the Eugene-made Bike Friday model. Who in Eugene makes a car with a truck bed glued onto it? No one.)

In all, I think the choice is clear.

Here, I will make the serious argument that the next provost should have a salary of at most $370k.

The provost position presently pays about $489,000 per year. I was curious about the history of this gigantic salary, so I dug through reports [1] at the UO Institutional Research site. From 2008 to the present, the salary has increased enormously:

The biggest jumps are at the introduction of a new person (e.g. 2017 for our present provost). I have also plotted the 2008 salary adjusted for inflation for all the subsequent years (solid curve) [2]. Even in comparison, the amount we spend on a provost has increased by a staggering amount. This is, of course, a general trend among university administration nationwide, and mirrors other appalling rising costs, for example for tuition and on-campus housing. Why? The standard argument is that “market forces” require enormous salaries to hire good people, but this is undercut by the use, for example, of search firms whose fees are a fraction of the position’s salary, providing an obvious incentive for escalation, and by the constant desire to match the average salary of peer groups, which of course leads to a steady increase of the average. Furthermore, the salary is of course not paid from the pockets of those who decide it, and those who decide it have little incentive to lower costs. There’s more going on, of course, but I find it hard to picture this as a market equilibrium in the usual sense of the term.

What should be done? An obvious, simple solution is to state that the salary of the next provost will be at most $370,000, in other words capped at the inflation-extrapolated 2008 level. (I don’t claim that 2008 was ideal — I chose it because that’s how far back the UO IR data goes — but it’s something.) Especially at a university facing a $10 million budget shortfall, and contemplating tuition increases, a statement that the provost salary will be set at historical levels (or lower) would be welcome. It’s hard for me to think of what the counter-arguments to this would be. (“Salaries can only ratchet upwards!” is not a counter-argument.)

I’ll send a link to this to the chairs of the search committee. Even if they don’t like my candidacy, perhaps they’ll be receptive to pushing forward the salary argument.

A cartoonish picture meant to evoke genetic circuits in a bacterium.

[1] https://ir.uoregon.edu/salary , go to the reports for “Unclassified Employees.” Note that many people, including the provost, have additional appointments that may or may not correspond to actual salaries being paid, for example being on leave as faculty in a department while having an administrative job. I did not consider these additional appointments, only the primary salary.

3 thoughts on “In which I announce my candidacy for University Provost, and make a serious point about salaries as well”