As mentioned a few weeks ago, a highlight of teaching this term was bringing in an elephant femur and a dog femur, to highlight the lack of simple proportionality between them. (The elephant’s femur is about 10 times as long as the dog’s, and 20 times wider.) Coincidentally, just a few days after this, researchers in Argentina reported the discovery of the largest dinosaur ever found [link; see also link, and link]: 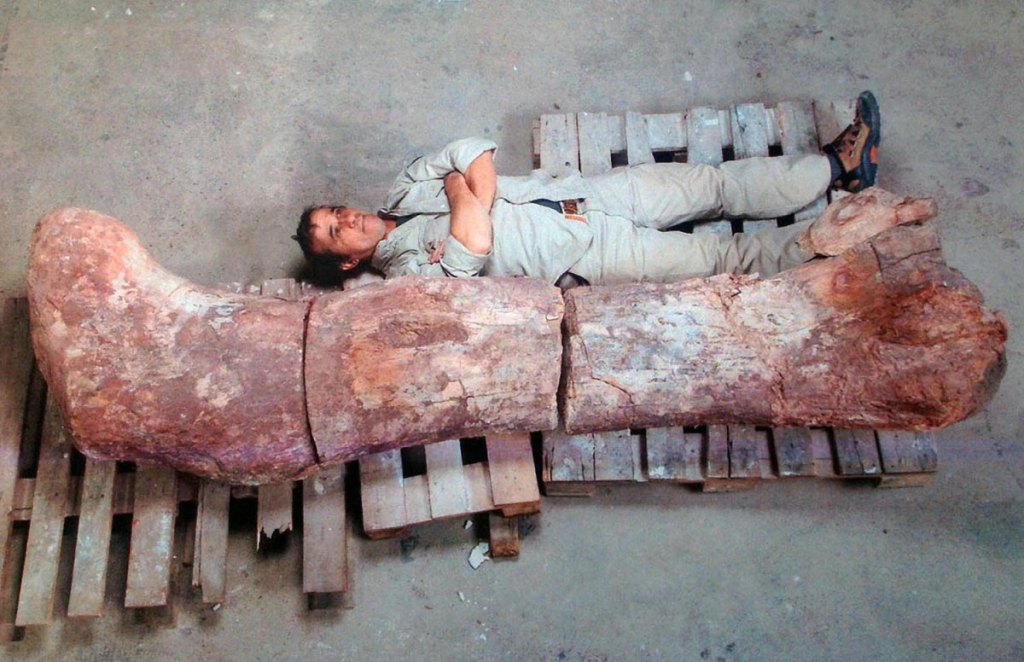 Immediate after seeing the photo above, I wondered how its leg bones would compare to an elephant’s, so I wrote to the dinosaur’s discoverers.  They kindly replied with the femur dimensions:

It’s interesting to note that this dinosaur’s bones are about twice as long and twice as wide as the elephants. All other things being equal, this would point to the dinosaurs having less mechanical strength relative to their weight than elephants do. (Of course, all other things aren’t equal, and dinosaur enthusiasts spend lots of time thinking about tails, buoyancy in swamps, etc.) Still, it’s fascinating to think about!

I of course showed the picture, and the correspondence from Argentina, in class, which was fun. This was a few weeks ago. The course is over now, and I should recap it some time. Overall it went well — my evaluations this term are possibly my highest ever — but some parts were more successful than others. I’m a bit surprised, reading the comments, that no one mentioned the elephant femur. It’s hard to impress people these days. Next year I’ll have to drag in a dinosaur bone.